Copenhagen was a design destination long before the New Nordic food revolution put it on the map as one of Europe’s gastronomic hotspots. Sometimes the two didn’t align but now a swathe of new eateries ensures design pilgrims are well fed and watered as well as sated aesthetically.

Here are 10 of our favourite Copenhagen restaurants and cafés where the tenets of Danish design – superb materials and craftsmanship – are still upheld but there’s a more relaxed attitude to mixing up the classics with other influences. Call it post-Nordic perhaps?

The second iteration of René Redzepi’s Noma restaurant has a raw, pure aesthetic in tune with its hyper-seasonal menu and sense of place. Housed in a cluster of farmlike buildings designed by Bjarke Ingels’ BIG and decorated by Studio David Thulstrup, Noma 2.0 celebrates materials like heart oak planks and custom-made bricks and the handmade with virtually everything from untreated oak tables and chairs, ceramics and hand-blown glasses created especially for the restaurant.

In making one of Copenhagen’s most beautiful restaurants, co-owners Christian Nedergaard and Sebastian Rind Nellemann used design ‘totems’ like Jean Prouvé chairs and Kaare Klint cabinets to emphasise 20th-century craft. With Danish and Japanese influences the menu is equally well-honed. 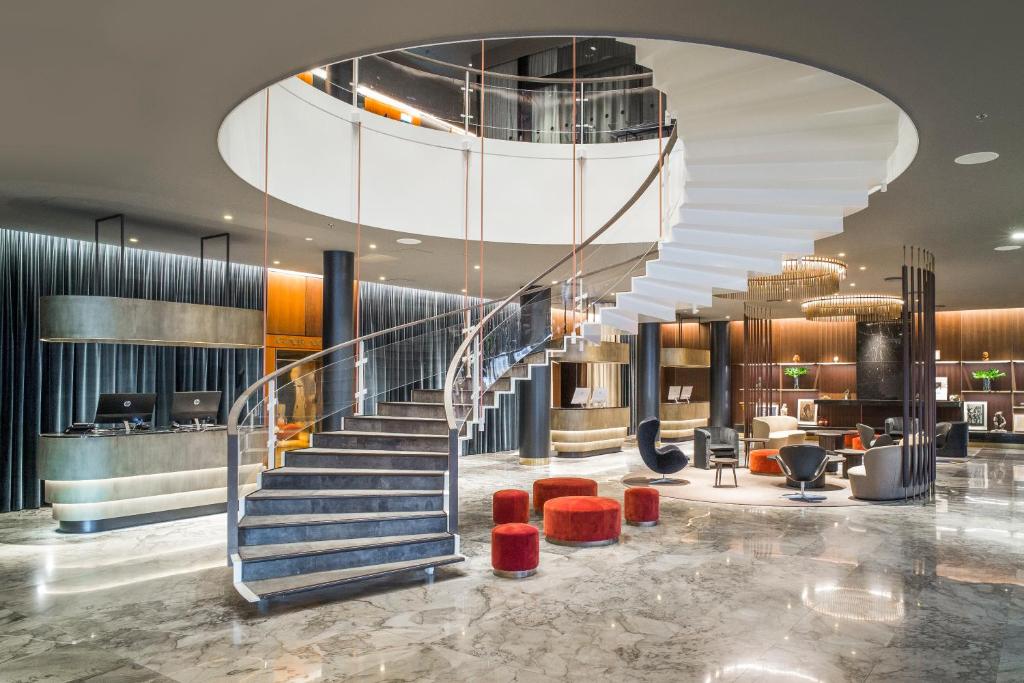 Still the ultimate design destination, Arne Jacobsen’s Royal hotel has had a 21st-century revamp at the hands of Space Copenhagen. Off the stunning lobby with its curved marble staircase, the open-plan Café Royal is a laid-back bistro where Drop chairs are paired with Jacobsen’s lesser-known Mayor sofa and Giraffe dining table.

Owner and chef Matt Orlando has gone so sustainable since opening his Copenhagen restaurant five years ago he’d rather show you his worm farm or miso made from lemon skins. But the recently updated, edgy space has much to please the maverick eye including a huge 3D graffiti work by the Greek artist Insane51, solid wood tables with side tables made from their offcuts and an urban garden of edible wonders.

With the sort of understated but exquisite detailing you’d expect from Ilse Crawford’s Studioilse, the first Winterspring café and dessert bar envelops diners with grace and goodwill. A grid of Okholm ceiling lamps throws soft lights on the bar made from Swedish Öland röd stone. Sweet and savoury delicacies complement the brand’s Nordic influenced ice creams and sorbets. 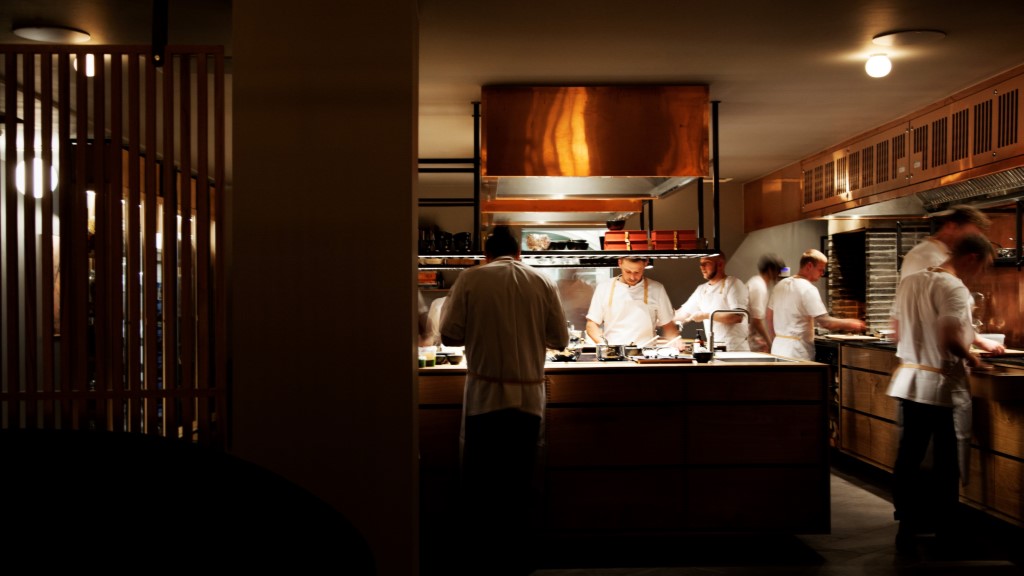 The first thing you see at Copenhagen’s two Michelin-starred Kadeau restaurant is the open oak-lined kitchen. That encounter sets the tone for a warm and welcoming gastronomic experience celebrating the bounty of the island of Bornholm in the low-key but finely detailed dining room.

The Conservatory at Hotel Sanders 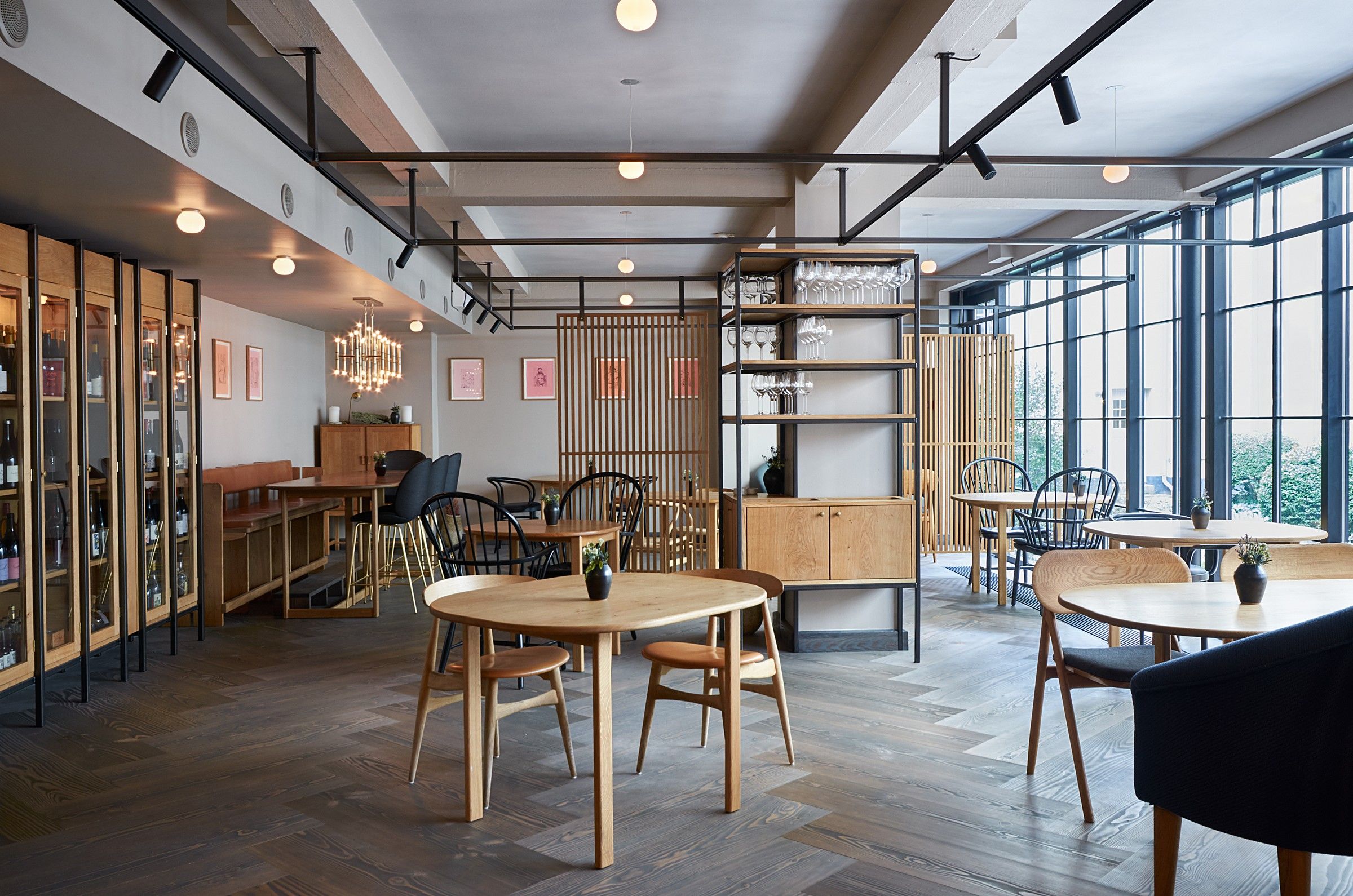 Former ballet dancer Alexander Kølpin did such a good job using bespoke fittings to create a sense of patina in Hotel Sanders, it feels as if it’s been there for decades rather than months. Although the rooftop Conservatory evokes Singapore’s famous Raffles Hotel, the comfy Charlottenborg rattan chairs and side tables were designed locally by Modernist hero Arne Jacobsen in 1936 and are said to have been his preferred chair at home. The sunlit space is perfect for breakfast or snacks from the bar later in the day.

Muslims Who Fast: A Londoner has iftar in Australia after many Ramadans abroad

My Quarantine Routine: Lewis, a Team GB boxer trying to keep up training